1. The GDP Growth of Country X

As can be clearly seen from the table, the gross domestic product (GDP) of Country X has soared from 300 billion dollars in 1980 to 1,000 billion dollars in 2000, more than 200 percent higher. The rapid increase tells us vividly how well the economy has developed during the past two decades. As far as the reasons for this change are concerned, we can list several most important ones. To begin with, the government of the country has adopted the policy of reform and opening up for more than twenty years, which liberated people from old constraints. What's more, while all the people have been actively involved in economic activities in order to better their lives, they contributed a lot to the national economy. Last but not least, the enterprises have taken advantage of this golden opportunity to make big profits, thus unintentionally speeding up the economic growth. There is no denying that the country has successfully and smoothly developed its economy. As long as all the parties concerned, the government, the people and the enterprises make concerted efforts, the GDP growth will be even faster and healthier. (188 words) 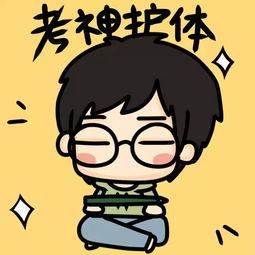 59.the damage will last

Private cars have become an important aspect of people's life in many parts of our country, especially in large cities such as Beijing, Shanghai and Guangzhou. While they bring much convenience to people, they are also widely criticized. There are some arguments for owning private cars. In the first place, cars allow people to move around freely, which greatly improves our living standard. We can easily drive cars for sightseeing on weekends. In the second place, cars are a comfortable way to travel, especially in bad weather. Last but not least, the car industry can boost economy by creating many job opportunities in production of steel, rubber, glass and so on. However, there are also many good arguments against cars. First of all, they pollute the environment by emitting harmful gases and giving out loud noises. In addition, cars cause a large number of traffic accidents, which bring great misery to the victims' families. As far as I am concerned, we should limit the number of private cars by providing better mass transportation and better service for the people. Everyone should sacrifice his or her own interest for the common good of the society. (194 words)

As can be clearly seen from the cartoon, the mahjong pieces occupy most part of the desk, while a book, an exercise book and a pencil box lie at the corner. This picture vividly tells us how poor the condition is for the child to study。

This phenomenon gives rise to a lot of negative effects. In the first place, while the parents are playing mahjong, they make a lot of noise, which disturbs the child's study. In the second place, the child will have no place to study if his parents spend all day playing mahjong. However, time is crucial for him to acquire the knowledge, because practice makes perfect. Last but not least, the child will learn to play mahjong from his parents. Just as the old saying goes, "Like father, like son", so the child will abandon his study and be a gambler like his parents。

Serious as it seems, we can think of some measures to deal with the problem. To begin with, the government should make stricter rules to prohibit parents from playing mahjong. What's more, the parents should give up playing mahjong for their child's sake。